The recent Redway Rendezvous, which took place on Saturday, 14th July, was a great success with around 60 members of the public, from the young age of 7 up,  jumping on their bikes and cycling around the city’s Redways. But it wasn’t all pedal power as the two hour ride was interjected with four short films, shown at Milton Keynes landmarks The Running Jumping Standing Still Film, Hans Richter: Ghosts Before Breakfast, 2 animation shorts Velodrool & The Box and Brexicuted.

The films were shown on a specially designed cinema bike from multi-media experimentalists Urban Projections and concluded with the showing of Velorama at MK Gallery.

The event, which was organised by the Independent Cinema Milton Keynes, in conjunction with Pedalling Culture and the MK Festival Fringe, was the launch pad of the Vagabond Film Festival, which kicks off this week.

As a result of the success of the event, and the positive feedback the organisers received, there are plans to hold Redway Rendezvous again in the future. 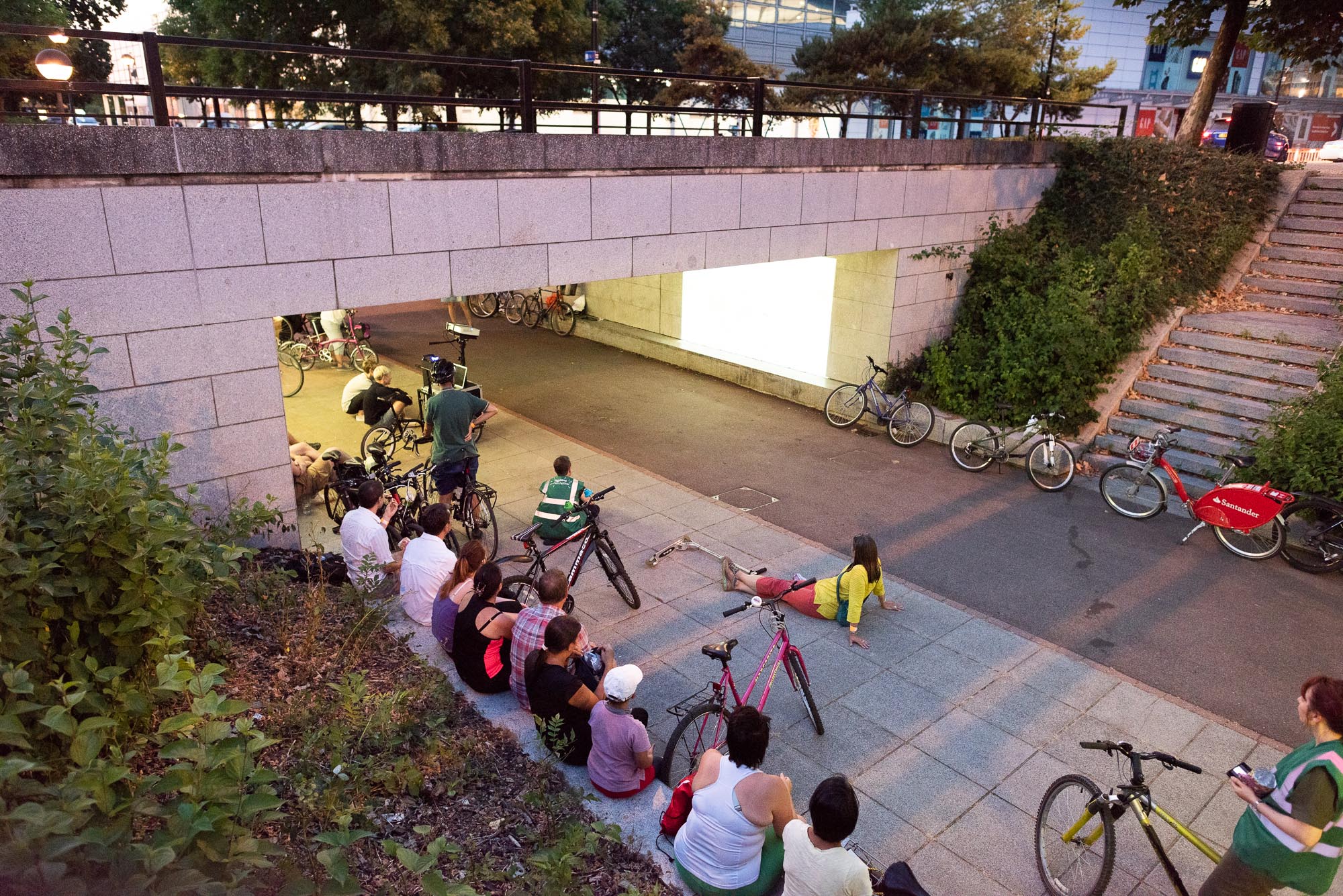 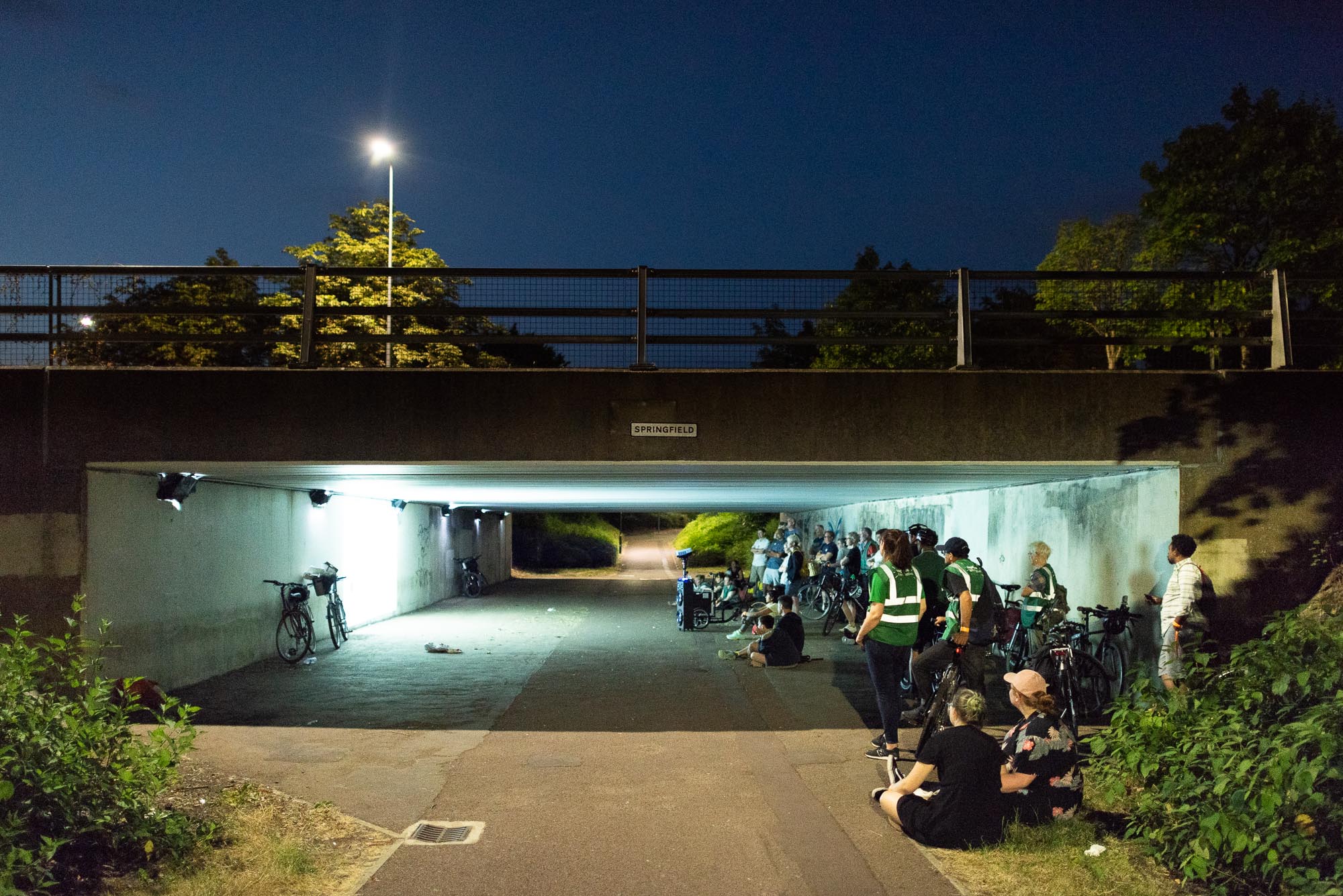 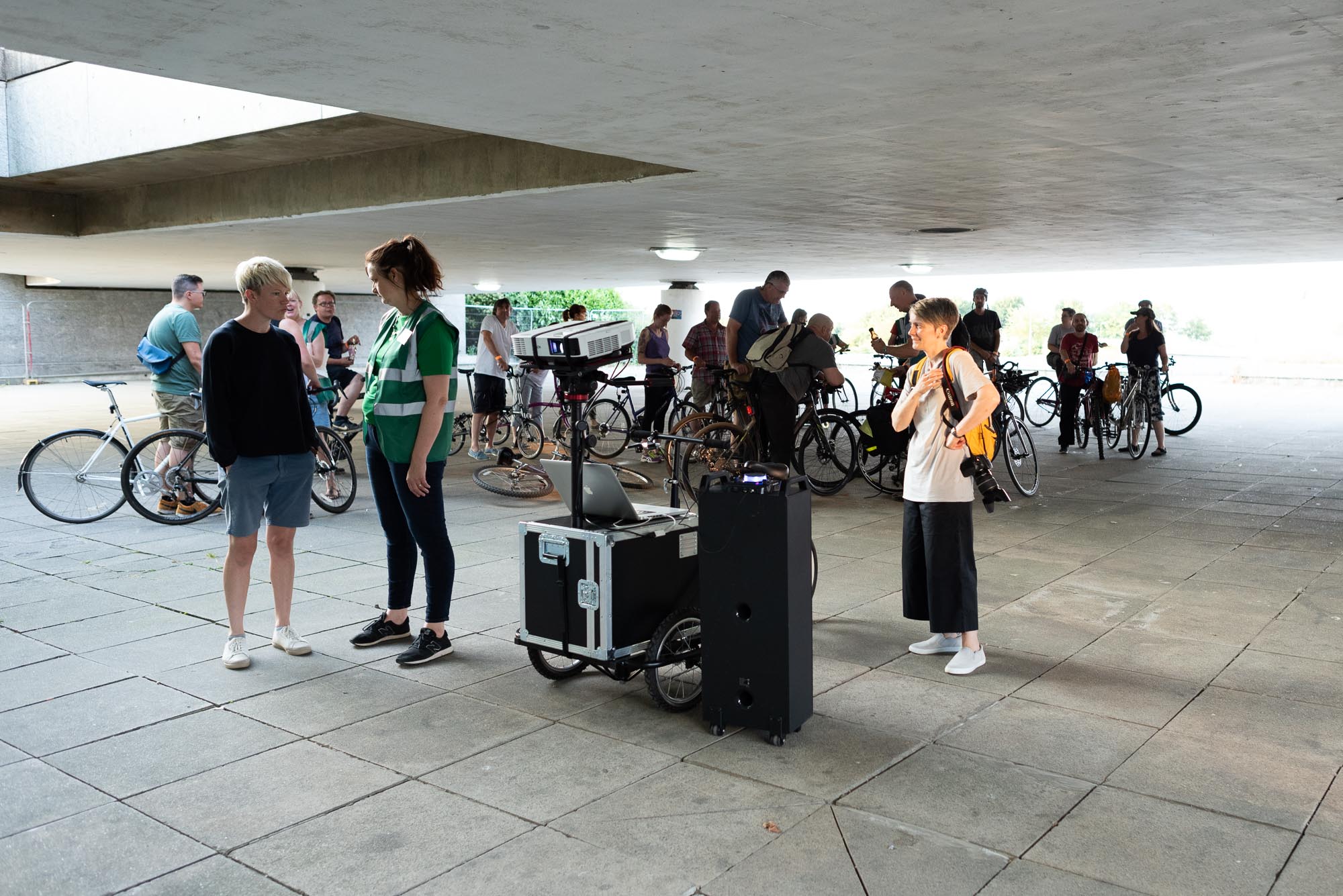 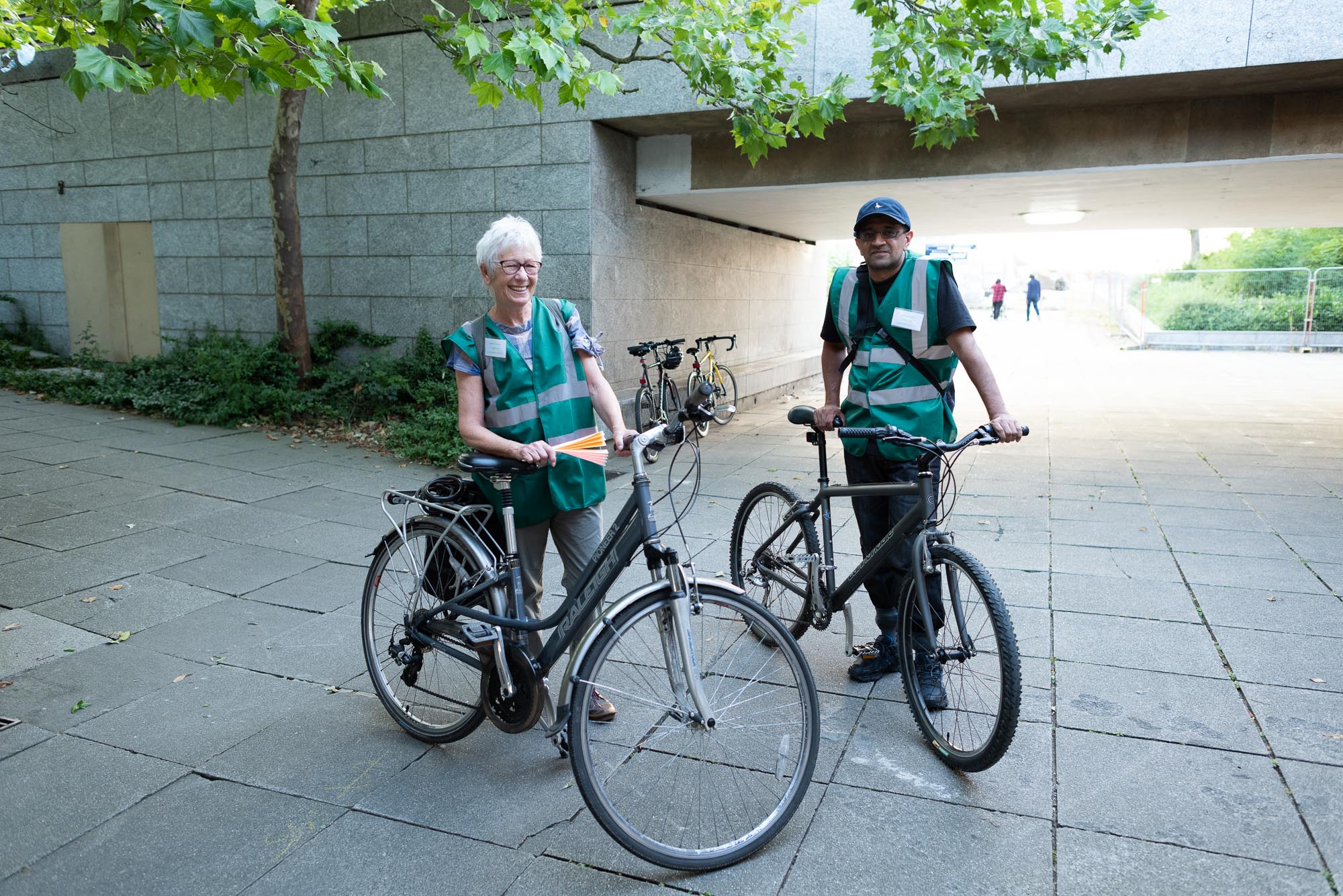 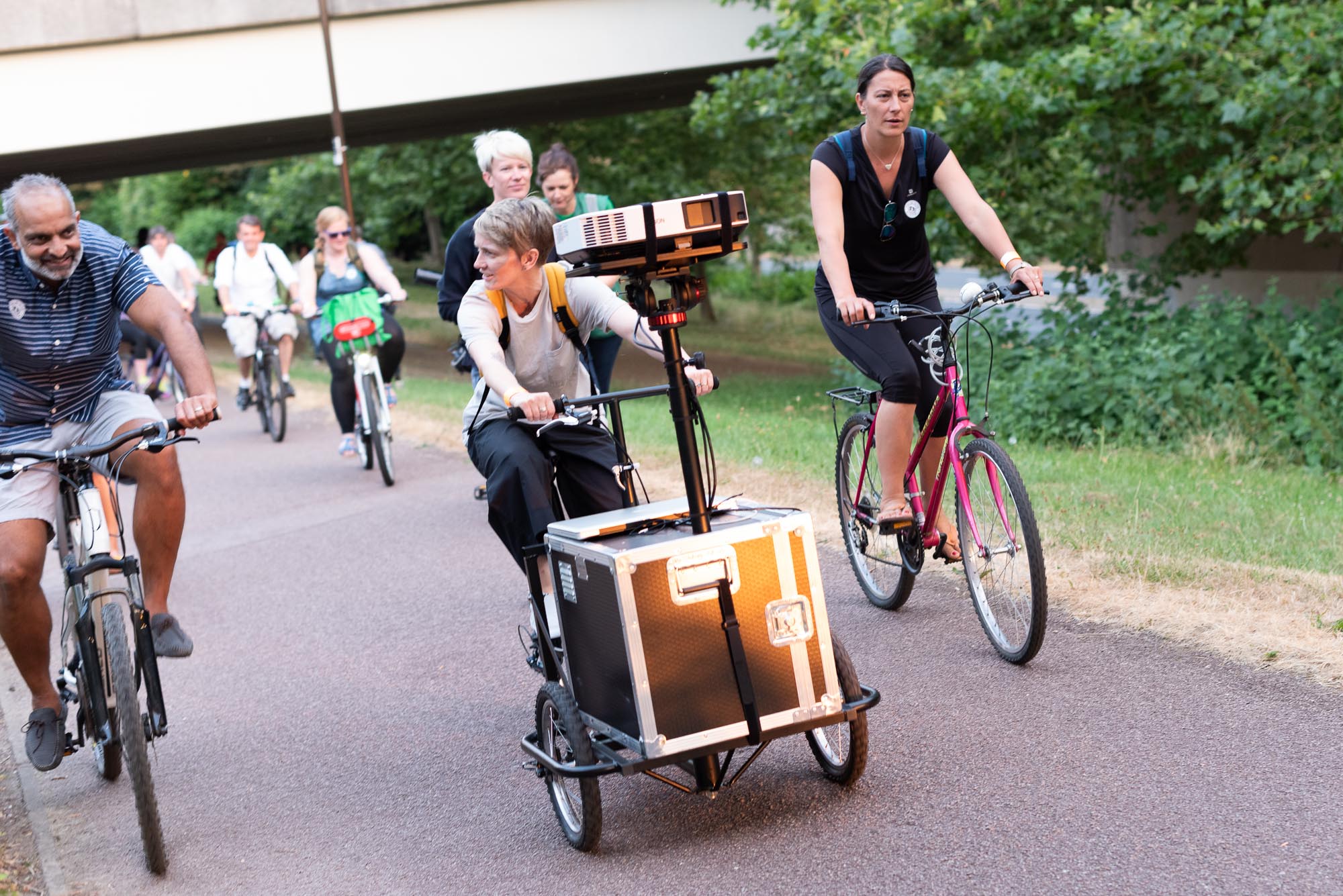 Categories: News
Previous Next
Back